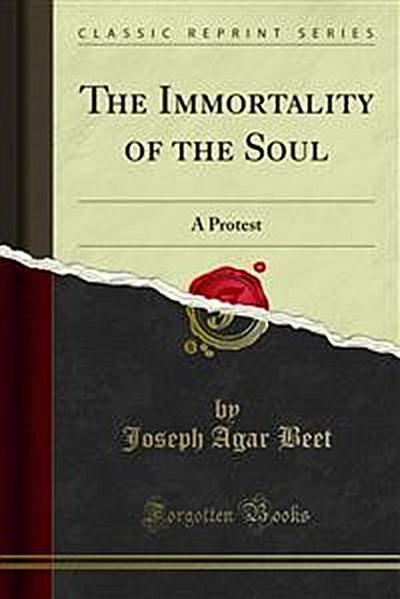 The Immortality of the Soul

They are a protest against a doctrine which, during long centuries, has been almost universally accepted as divine truth taught in the Bible, but which seems to me altogether alien to it in both phrase and thought, and derived only from Greek Philosophy. Until recent times, this alien doctrine has been comparatively harmless. But, as I'have here shown, it is now producing most serious results. My protest against it is an appeal, which no Protestant can disallow, from the traditional teaching of the Church to the supreme authority of Holy Scripture. Of the justice of this appeal, my readers must judge.