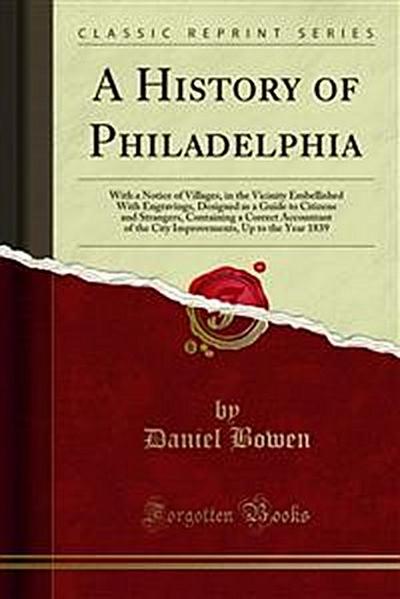 A History of Philadelphia

He left it and returned again, after an absence, of nearly fifty years. It may easily be supposed, that the alterations and improve ments here, that were made during that time, and the general change which had taken place, must have impressed him forcibly, on his return. He no doubt, saw these changes, with more vividness than he would have done, had he remained here, the whole time. He has occupied some of his leisure hours, (with the aid of a few friends) in noting them.