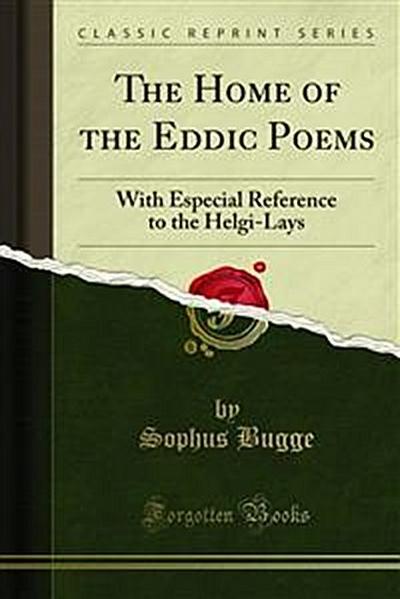 The Home of the Eddic Poems

I may add that I have employed 'old Norse' with the meaning 'norwegian-icelandic.' The adjectives Norse' and 'norwegian' are indifferently applied to the inhabitants Of Norway in early times. 'northern' frequently replaces' Scandinavian.' I make no apology for using the noun 'motive' (norwegian motz'v, German matej') in the sense Of 'feature, incident, episode.' This word has been used for a number of years in English works dealing with questions Of literary history, and is so convenient that it may well be adopted.