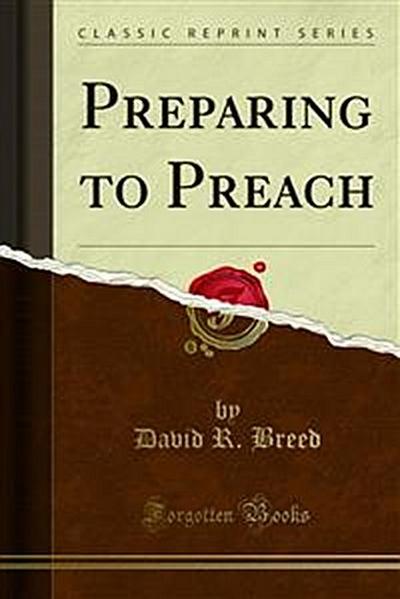 This volume is not intended as a comprehensive treat ment of the subject of homiletics, and much is necessarily omitted which should be considered by those who are preparing to preach. I have endeavored, however, to cover the ground which is traversed in the preparation and delivery of the ordinary sermon — the staple of the preacher's pulpit work. I have profited by certain criticisms which intelligent Christian laymen sometimes pass upon the methods and manners of certain preachers and have included some sug gestions which are generally omitted from similar publi cations, such as those which Will be found under The Attack Upon the Text, Pulpit Manners, and elsewhere. It is my sincere prayer that the book may be helpful to my brethren in the ministry, especially to those for whose sake it has been more particularly prepared, as indicated in the title.