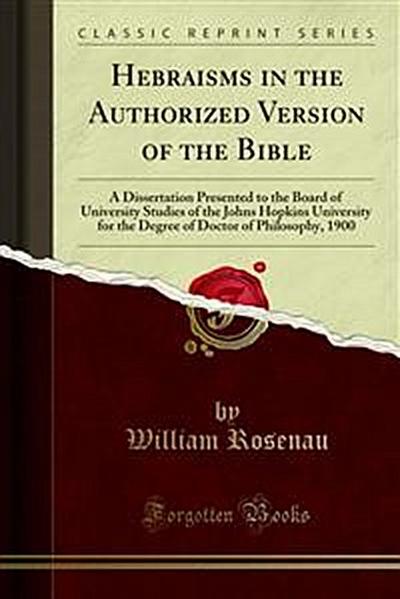 Hebraisms in the Authorized Version of the Bible

This investigation contains an examination of the Hebrew inﬂuence on the language of the Authorized Version. The subject was suggested to the author by Professor Paul Haupt in the autumn of 1894. Since that time the Authorized Version has been read a num ber of times and carefully compared with the Hebrew text. While the list of Hebraisms in the appendix is confined to the Old Testament, the New Testament con tains a great number, which the author hopes to present for publication at some future time. He takes this means of expressing his thanks to his teacher, Professor Paul Haupt, for many valuable suggestions, and to Pro fessor James W. Bright, who, during the several inter.