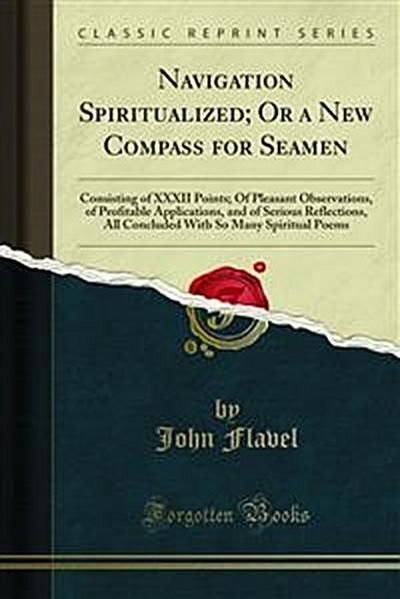 Navigation Spiritualized; Or a New Compass for Seamen

Plato dihgently adrrionifhed all men to avoid the fea For ifaith he) it is the fchool mat'ter of all Vice and diﬂlioneiiy Sirs I it is a very fad confid~ cration to me, that you who ﬂoat upon the great deeps, 1n Whofe bottom fo many rhoufa 11d poor mil crable creatures lie, whofe fins have funk them down not only into the bottom of the fea, but of hell alfo, whither divine vengeance hath purfued them: That you (i fay) who daily ﬂoat, and hov er over them, and have the roaring waves and bil lows that fwallowed them up, gaping for you at the next prey, {hould be no more affected with thefe -things. Oh what a terrible voice doth God utter in the Itorms. I It breaks the ceders, thakes the wild ernefs, makes the binds to calve, Ffa. Xxix. 5. And can it not fhake your hearts. This voice Or the Lord 13 full of majefiy, hiit his voice in the -i7vord is more efficacious and powerful, Heb.1v. 12.