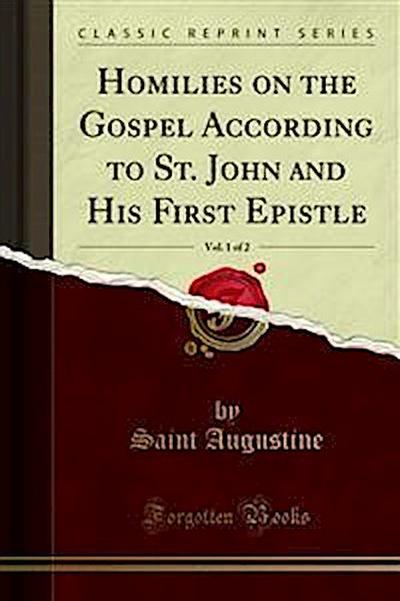 Homilies on the Gospel According to St. John and His First Epistle

As doctrinal Sermons, these discourses on St. John are particularly instructive, as exhibiting a continuous tract of the homiletic labours of St. Augustine, from that period of his ministry when his dogmatic system was fully developed, and upon a subject which necessarily carries him over the whole range of the Christian verities. In general, he ex eludes polemics from his popular preaching. Not so in these discourses. In the earlier part of the course, he has much controversy with the Donatists: and it seems that these very Sermons were the means of bringing back great numbers to the Church. The Arian heresy which had seemed well-nigh dead was beginning to shew symptoms of life: the Churches of Africa too were already in danger of being infected with this pestilence, which was creeping into places where it was before unknown, in company with the multitudes who sought refuge there from the political storms of the times. Therefore St. Augustine goes largely into this controversy: and these Homilies may be profitably studied in connexion with his other pieces against the Arians, and especially with his great dogmatic work on the Holy Trinity. The heresy of the Pelagians is not mentioned bv name, though the controversy was thickening: for in that same year it was that the African Churches passed sentence of condemnation on the new doctrine, in the Councils of Carthage and Milevum. The need of instructing his people against these errors was not overlooked, and St. Augustine not only inculcates fully the doctrines of grace, but sharply reproves the advocates of the opposite errors.