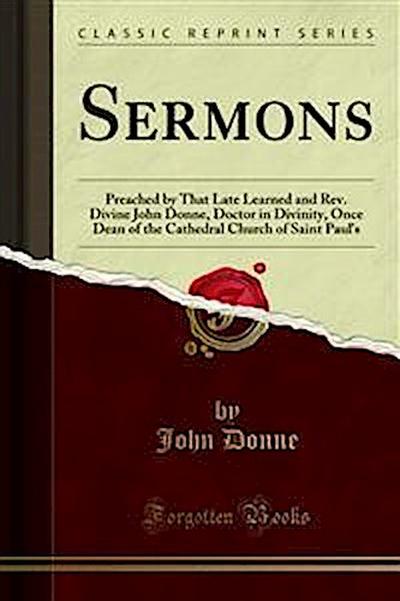 Firfi then, for the generality, Those other degrees of punishment, which God inﬂicted upon cadam, and Eve, and in them upon us, were as absolutely, and illimitedly pronounced, as this of death, and yet we see, they are many wayes extended, or contracted; To man it was said, In Judore valtas, In tbe meat of tbj broom, tboz/ Jba/t oote tbj bread, and how many men never sweat, till they sweat with eating? To the woman was said, Tb} derire Jball be to tbj bzzebemd, and be rbal rule over tbee: and how many women have no desire to their hus bands, how many over-rule them? Hunger, and thirs't, and wearinesse, and sicknesse are denounced upon all, and yet if you ask me Qty? Bomo? What is that man that hungers and thirsts not, that labours not, that sickens not? I can tell you of many, that never felt any of these; but contraét the question to that one of death, 9119's bomo? What man is he that shall not taste death? And I know none. Whether we consider the Summer Solstice, when the day is sixteen houres, and the night but eight, or the Winter Sols'tice, when the night is six teen boutes, and the day but eight, Still all is but twenty foure houres, and Still the evening and morning make but a day: The Patriarchs in the old Testament had their Summer day, long lives; we are in the Winter, short lived; but fig? Bomo? Which of them, or us come not to our night in death? If we consider violent deaths, casuall deaths, it is almost a scornfull thing to see, with what wantonnesse, and sportfulnesse, death playes with us; We have seen a man Canon proofe in the time of War, and slain with his own pistoll in the time of peace: We have seen a man recovered after his drowning, and live to hang himselfe. But for that one kinde of death, which is generall, (though nothing be in truth more against nature then dissolution, and corruption, which is death) we are come to call that death, naturall death, then which, indeed, no thing is more unnatural]; The generality makes it naturall; omajej sayes, that Mans age is seventy, and eighty is labour and pain; and yet himselfe was more then eighty, and in a good State and habitude when he said so. No length, no Strength enables us to answer this gage bomo? Wbat mart? E'fo. 5.