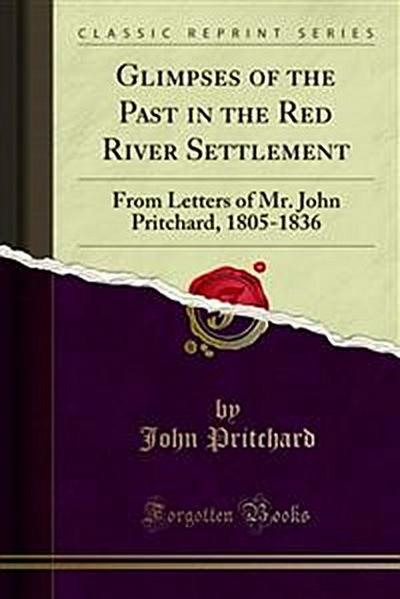 Glimpses of the Past in the Red River Settlement

The following sketch seems to have been written from Nepigon on Lake Superior during the winter of 1805. The writer refers to his having sent a letter on his way back from the western prairies, to his friends in Great Britain, while at the Grand Portage, which was the name given to the waterway between Lake Superior and Rainy Lake.