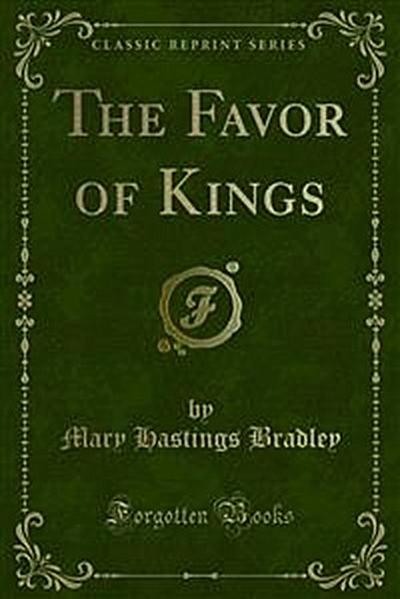 The Favor of Kings

"Never have bright romance and black scandal been more attached to the name of lovely woman," writes a quaint and susceptible chronicler, "than to that of fair Anne Boleyn." Certainly no girl ever flashed so meteor-like above the satellites of an English court, and no woman ever went to her doom under more awful accusations.Since fiction could not be half so amazing as the facts of Anne Boleyn's story, I have kept this novel of her fortunes true to those facts, and have gone, for their knowledge, not only to the histories written of this period, but in many cases to the sources of those histories. My endeavor has been to reveal the actual characters and the actual situations, and to use as much of the real incident and dialogue as possible. The State Papers of Henry the Eighth, his letters, foreign and domestic; the correspondence of the Spanish ambassadors, Mendoza and Chapuis, with Charles the Fifth, and the correspondence of the French court, and of the Papal agents, the old English chroniclers. Hall and Wriothesley and Cavendish, and sundry memoirs and diaries have all contributed to the material, and where the accounts have varied and the historians disputed, I have used the account which seemed the most authoritative and probable.