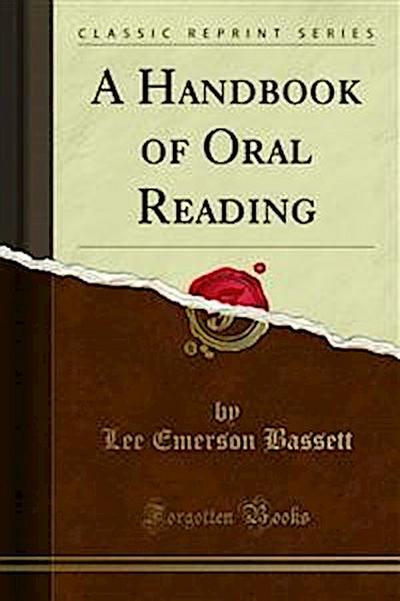 A Handbook of Oral Reading

The greater part of the literature read in schools belongs to that class of writing which De Quincey calls the litera ture of power, as distinguished from the literature of mere knowledge. The literature of knowledge treats of facts as such; the literature of power holds and moves and inspires men by virtue of its truth, its beauty, its imagination, and its feeling. It tells us how men think and feel and how they relate themselves to other men and to the world in which they live. Obviously one who reads with full understanding must exercise the imagination and the sympathies, and must hold them subject to the inﬂuence of what he reads. New experiences are thus made his through contact with the thought and experience of the author and, as when Keats heard Chapman speak out loud and bold, a larger world extending beyond the little circle of his everyday life, it opened to him. But the range and power of such literature are seldom realized by the student until he hears it read aloud, or he himself attempts to express its thought and Spirit. The printed word is given reality and life when it is uttered by the living voice.