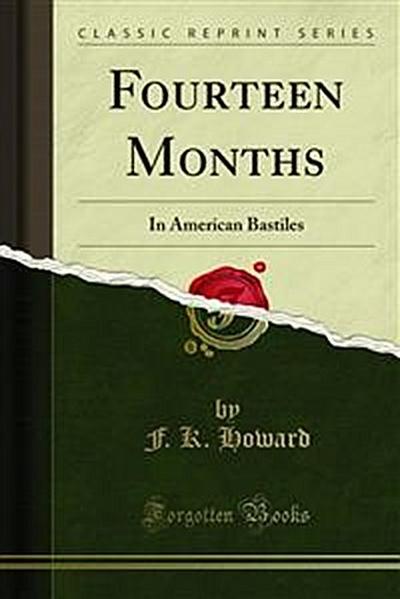 At an early hour in the morning, and through the day, a number of our friends endeavored to procure access to us, but nearly all failed to do so. Three or four gentlemen and two or three ladies managed to Obtain admission to the Fort, and col. Morris, the commanding Officer, permitted them to interchange a few words with us, in his presence, they being down on the parade-ground and we up in the balcony. Mr. Brown was not even allowed to speak to his wife, who had been suffered to enter the Fort, and could only take leave Of her by bowing to her across the parade ground. About mid-day, we sent for our clothes, several of the party having left home Without bringing anything whatever with them. At 4 O'clock, P. M., we were notified that we were to be sent at 5 O'clock to Fortress Monroe. The trunks of most of us fortunately arrived half an hour before we left and were thoroughly searched. Had they been delayed a little longer we should undoubtedly have been sent off with only such little clothing as some of us happened to have brought with us when first arrested. As it Was, one -or two of the party had absolutely nothing save what they wore. About 6 o'clock we left Fort mchenry on the steamer Adelaide. The after-cabin, which was very comfortable, and the after-deck, on which it Opened, were assigned to our use. Sentinels were stationed in the cabin and on the after deck. The officers and crew of the boat treated us with all the kindness and courtesy it was in their power to show. When we were taken below to supper, we saw at another table a number of naval Officers, some of whom several of mv companions had known well. These Officers did not venture to recognize a single individual of our party, although we were within ten feet of them, and Within full view. Their conduct was in admirable keeping with that Of the Government they served.