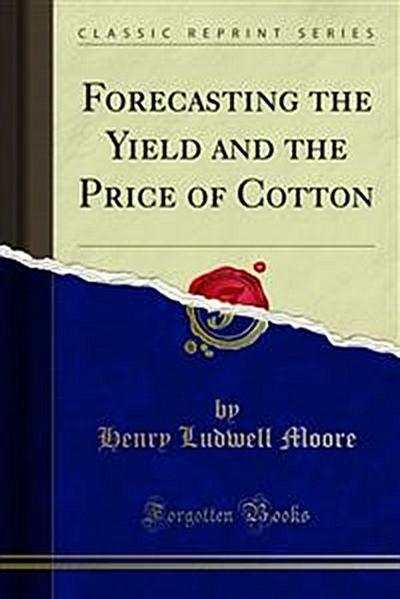 Forecasting the Yield and the Price of Cotton

Without a doubt great values are at stake. If the size of the cotton crop of 1914 is taken as a standard, an error in an official crop report which should lead to an ultimate depression of one cent a pound in the price of cotton lint would cost the farmers or more. A corresponding error leading to a similar rise in price would entail upon manufacturers and consumers a comparably heavy loss. The Department of Agriculture has rendered its reports continuously for some fifty years, and yet, as far as I am aware, no one has either measured the degree of accuracy of the information it supplies con cerning crop conditions and prospects, or attempted to see whether, by different methods, more truth might not be gained from the stores of raw figures that its Bureaus collect. Government Departments seeking appropriations are very likely, out of administrative necessity, to stress their successes and suppress their failures. In the January number of the official Crop Reporter, for 1900, this illustration is given of the value to planters of the Government crop — reporting service.