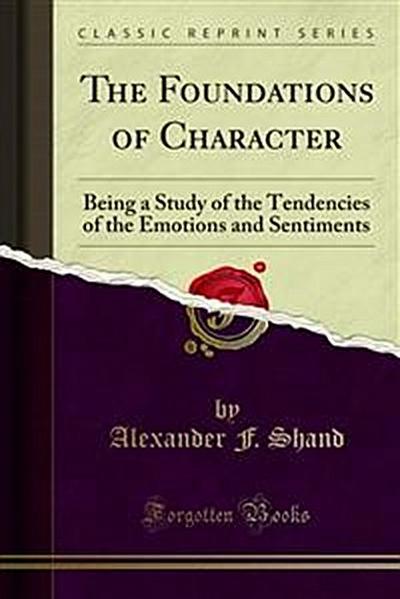 The Foundations of Character

One of the features of the book to which I attached considerable importance on account of its connection with the method advocated in it was the collection and formula tion of a number of rules provisionally assumed to be laws of mind.' I did not suppose that these 'laws were unchangeable, but that the new science needed them as a base to start from and return to — correcting, re-defining, but not abandoning them, as new conditions inevitably overlooked came to be recognised, and ambiguities in the meaning of abstract terms were distinguished. In this way I thought continuity of development and real progress might be assured. In the last two sections of the Appendix I have given some examples of the modification that certain of the laws of desire and joy require, and the kind of progress that we may hope to achieve in respect of them.