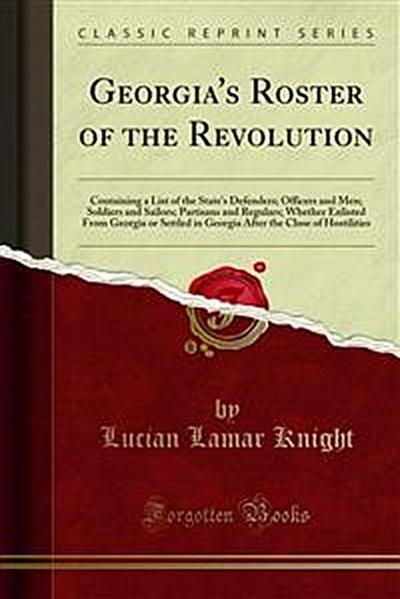 Georgia’s Roster of the Revolution

After the lapse of more than a century, the difficulty of compiling a. Roster of Georgia tr00ps in the Revolution can be readily imagined. Much of the information which an earlier period might have furnished is now unhappily beyond our reach. Many important records have been lost. To compile an exhaustive roster, therefore, is humanly impossible. The utmost at which we can aim is an approximate degree of accuracy, within the limits of meager details; and to place before the public all the data which, at this late hour, can be obtained from official sources. Georgia did not furnish a large body of troops to the Revolutionary strug gle. She was the youngest of the English colonies, and, with only a scant population, was situated on the remote southern frontier. Nevertheless, the Georgia contingent gave a good account of itself, whether in the Continental Army or in the Home Guard, whether in overthrowing Toryism or in expel ling British Regulars.