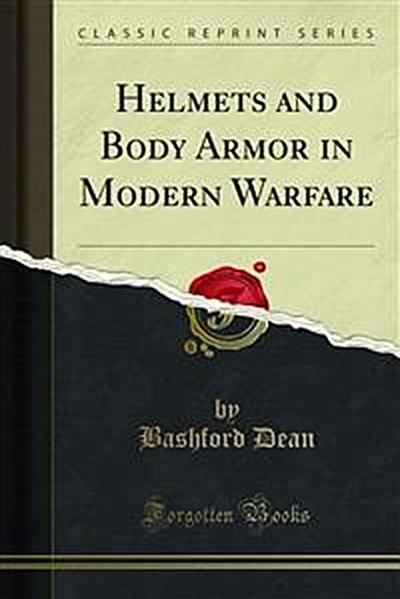 Pershing, who examined critically a number of models of helmets and body armor which were submitted to him. My former chiefs, Generals C. C. Williams, E. T. Babbit and J. H. Rice, considered the problems of per sonal armor attentively and I owe them my thanks for their sympathetic support. For help in many directions I am indebted to other members of the Department: to Colonel Perry Osborn, of the General Staff; to my colleagues in the Ordnance, Colonels Schimelfenig, mcgregor and Askew; to Captains Simonds, Mainzinger and Peebles and to Lieutenant Kien busch. Especially I record the valuable contributions to the subject by Professor Henry M. Howe and our fellow-members of the helmet com mittee of the Council of National Research (page Nor have I called in vain upon steel and manufacturing experts, among whom I mention Mr. A. Aigeltinger, Dr. G. W. Sargent, Mr. H. W. Baker of the Uni versal Rolling Mills, the Messrs. Ford and Mr. William Smith of the Ford Motor Company and Sir Robert Hadfield.