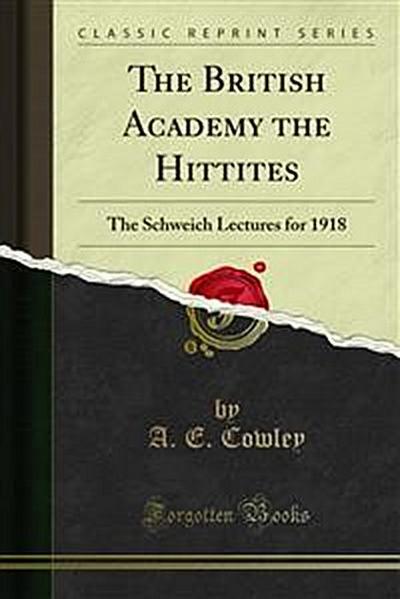 The British Academy the Hittites

These lectures were delivered in December 1918, but their publication has been delayed partly owing to difficulties about the strange characters, and partly owing to my other occupations. Nos. I and II now appear substantially as delivered No. III has been somewhat expanded. And gives the main results of my own attempts at the decipherment of the hieroglyphics. I am anxious that they should be regarded only as lectures, intended rather to arouse interest in the subject than to satisfy it. In three hours it was not possible to do more than touch on some of the problems involved, and in several cases statements have been made which in a larger work would require modification or justification. It would have been more satisfactory to write a book on the subject, but even if I were competent to do so, the time has hardly come for fuller treatment. The material is only beginning to be acces sible, and while these lectures were being printed, work has been done 1, which may modify some of my statements or arguments. This I have been obliged to leave out of consideration.