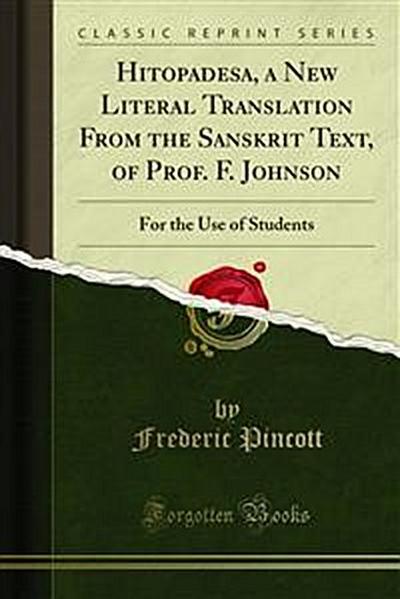 Hitopadesa, a New Literal Translation From the Sanskrit Text, of Prof. F. Johnson

The five translations thus availed of, were made in different provinces, at different times, by different men, probably, nay almost certainly, in profound ignorance of each other's performances. There fore, whenever I have found five native scholars, unknown to each other, unite in ascribing a given sense to a given passage, I have felt constrained to yield some deference to their Opinion.