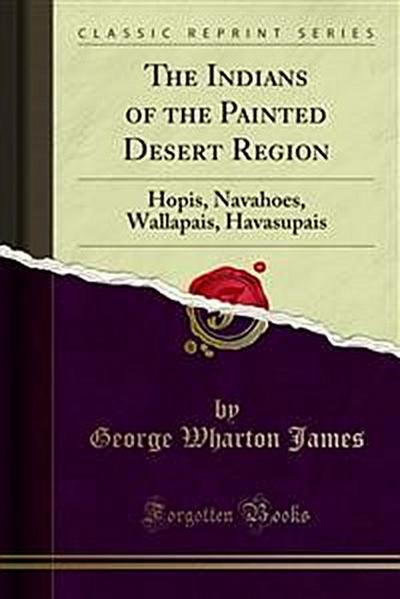 The Indians of the Painted Desert Region

Island of Circe or the place where the Cyclops lived. Is it not a land of enchantment and dreams, not a place for living men and women, Indians though they be? It is a land of enchantment, but also Of stern reality, as those who have' marched, unprepared, across its waterless wastes can testify. NO fabled land ever sur passed it in its wondrousness, yet a railway runs directly over it, and it is not on some far-away continent, but is close at hand; a portion, indeed, of our own United States. In our schoolboy days we used to read of the Great American Desert. The march of civilization has marched that desert out of existence. Is the Painted Desert a fiction of early geographers, like unto the Great American Desert, to be wiped from the map when we have more knowledge? No It is in actual existence as it was when first seen by the white men, about three hundred and fifty years ago, and as it doubtless will be for untold centuries yet to come. Coronado and his band of daring conquistadors, pre ceded by Marcos de Niza and Stephen the Negro.