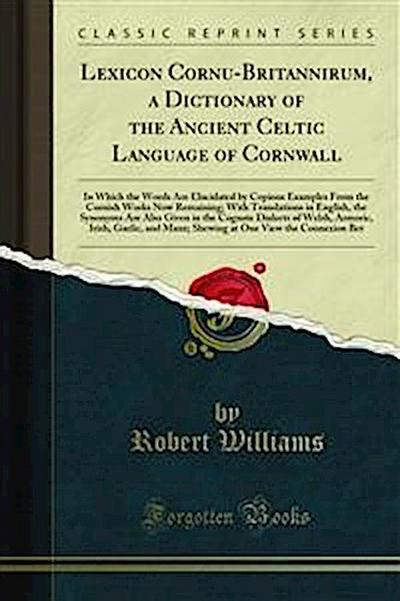 Lexicon Cornu-Britannirum, a Dictionary of the Ancient Celtic Language of Cornwall

To complete the subject the Editor intends publishing in due time a copious Grammar of the Cornish, compared with the, cognate dialects, and an essay on the characteristics of the six Celtic Languages, together with alphabetical tables of words, common to two or more of them. A list of words will also be given of words borrowed from Latin by the Welsh during the stay of the Romans in Britain, which will be found much more extensive than is gene rally imagined. The whole it is presumed will be found of service, in arriving at the history of. The population of the British Isles.