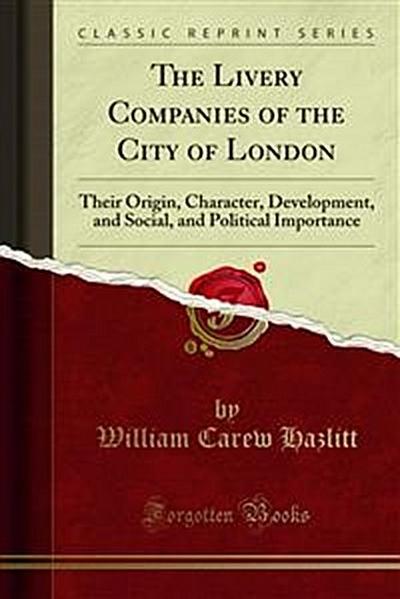 The Livery Companies of the City of London

On the general community, has been met since 1884 by the corporate tax of five per cent., which assesses these bodies on a basis so calculated that they pay their quota to the revenue in the same manner as Ordinary individuals. Of course they were expressly entitled under their charters to hold in mort main; but when other modes of taxing them had become incompatible with our laws, and antagonistic to public opinion, it seemed desirable, no doubt, to devise some fresh expedient for disencumbering them, if only of a percentage of their incomes. The corporate tax yields the Exchequer many thousands a year. The plea, after all, can only apply to their corporate property, since their trust estates are purely eleemosynary; and the argument appears to possess all the less validity, that a fair proportion of the annual receipts pass to the members, and indirectly become liable to taxation, while, if it were not so, it is within the competence of the Companies at any time to dissolve themselves as regards their corporate possessions and divide the assets. Whether an equitable apportionment of the funds is made among the several grades is a question, again, for the Gilds themselves; but the complaint that extravagant amounts are voted to the Courts may be met by pointing out that the greater the output in this or any other direction the greater is the presumed gain to the imperial exchequer from normal property-tax. The Common Two other points deserve to be noticed. The.