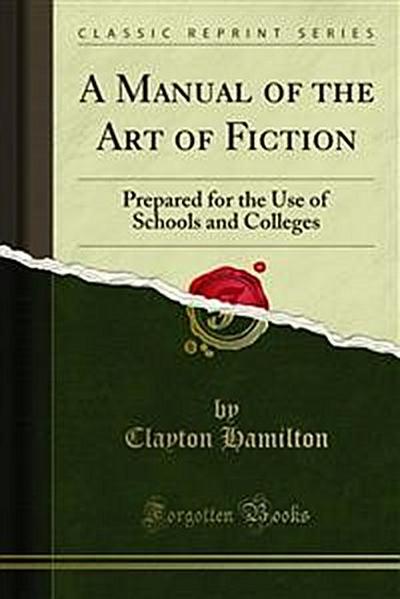 A Manual of the Art of Fiction

Even when the modern languages entered into the inheritance of Latin and Greek, verse held to its auces tral privileges, and the brief tale took the form of the ballad, and the longer narrative called itself a chanson dc geste. Boccaccio and Rabelais and Cervantes might win immediate popularity and invite a host of imita tors; but it was long after their time before a tale in prose, whether short or long, achieved recognition as worthy of serious critical consideration. In his study of Balzac, Brunetiere recorded the significant fact that no novelist, who was purely and simply a novelist, was elected to the French Academy in the first two centuries of its existence. And the same acute critic, in his History of Classical French Literature, pointed out that French novels were under a cloud of suspicion even so far back as the days of Erasmus, in 1525. It was many scores of years there after before the self — appointed guardians of French literature esteemed the novel highly enough to conde scend to discuss it.