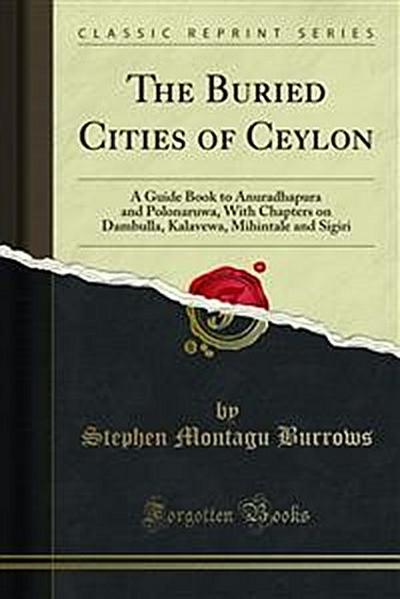 The Buried Cities of Ceylon

His little book does not profess to contain anything strikingly original: its aim is to introduce the traveller and the antiquarian (and the two are frequently synonymous), to rarely trodden and most fascinating ground to the beautiful remains of an architecture and a civilization of years ago, the greater part of which are easily accessible: and to make a humble attempt at awakening, if possible, a greater interest in a part of Ceylon which is only just arising from the slumber and neglect of many centuries. There is an abundance of able works on Ceylon, some of which deal more or less completely with the buried cities but none of them are of very recent date, nor do they contain such practical information as will help the traveller to form an idea of the task that lies before him. That task has been rendered comparatively easy by the improvements of advancing civilization. The best months for seeing the buried cities (january and.