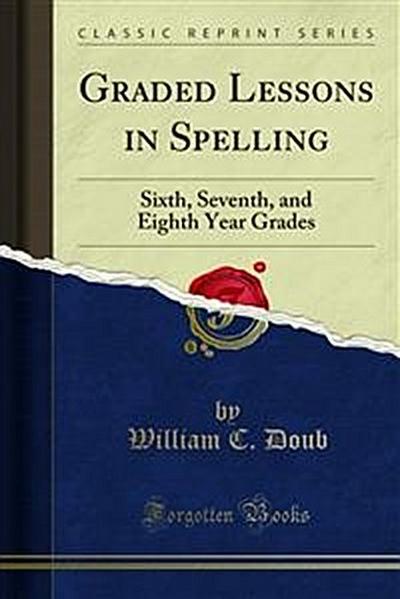 These three factors have given rise to several methods for teaching spelling, the two more important being the oral method and the written method. As stated above, the oral method was employed some twenty-five years ago almost ex elusively, but has since been displaced by the written method. The oral method always emphasizes the memory factor and usually the factor of word pronunciation, the pupil being drilled in pronouncing words as well as in spelling them orally. The written method emphasizes the factor of word image, and incidentally the factor of memory, the word image being stamped on the memory through the sense of sight. The written method does not provide for oral spelling nor for word pronunciation on the part of the pupil. It is no doubt true that the oral method, by actual results secured, has proven itself superior; to the written method. Daily drill in oral spelling, and the spelling down and go ing ahead practice, contribute strongly to the making of good spellers. The drill in pronunciation is also a strong factor in favor of oral spelling, and this is admitted even by those who are inclined to emphasize unduly the importance of the fact t'hat letters have not a constant sound value in the syllable. The strongest point in favor of the written method is the fact that it stamps the word image, on the memory through the sense of sight — the most keenly trained and highly developed of the senses. That this is most important is indicated by the fact that many persons in deciding how to spell a word will write it to see if it looks right, or, in other words, to recall its picture or image. But while the word — image factor is very important in spelling, just how important it is cannot be determined. Nor is it of vital importance to determine the rela tive value in learning to spell, of memory, of word pronuncia tion, and of word image. All of these facts are of prime im portance, and the great mistake made has been not in a failure to determine their relative importance, but in using a method that emphasizes one to the detriment of the others, the result of the exclusive use of either the oral or the written method. These two methods should be combined in the teaching of spell ing to the end that the best results of each shall be secured. This can easily be done. For a more detailed discussion of these points, and a discussion of the value of word work in connection with spelling, see Explanatory and Suggestive a few pages further on.