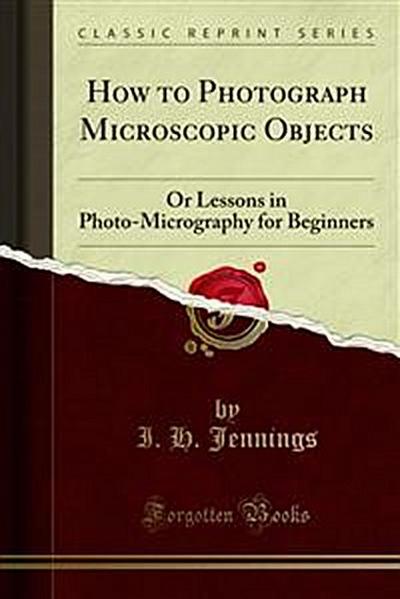 How to Photograph Microscopic Objects

Photo-micrography has had many followers amongst the scientific men of England, the continent of Europe and America, ever since Archer's wet collodion process was introduced. To enumerate all the names of all those who have practised the aft successfully would take more space than can be spared; thus our object in the following pages will be to mention those who have been, as it were, pioneers in photo-micrography. Dr. J. W. Draper, of New York, was probably the first to take a photo-micrograph. He was also the first to use the Daguerreo type process for taking portraits, having his sister to sit for him, in full sunlight, with her face powdered, and giving an exposure of twenty or thirty minutes. For the purpose of portraiture, the Daguerreotype process, as then practised, was necessarily unsatisfactory, as it was impossible for the sitter to keep still through such long exposures, and blurred and hazy outlines were all that could be obtained. However, lengthy exposures were no objection in the ease of photographs of microscopic objects, and here Dr. Draper was very successful, for it is said that some of his earliest photo-micrographs, which are still in existence, taken on silvered plates, are marvels of beauty.