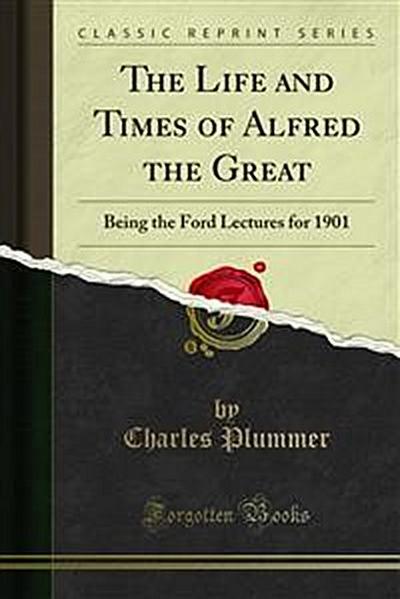 The Life and Times of Alfred the Great

The present work contains the lectures delivered by me on the Ford foundation in Michaelmas Term, 1901. The lectures are printed substantially as they were delivered, with the exception that certain passages which were shortened or omitted in delivery owing to want of time are now given in full. In the notes will be found the authorities and arguments on which the conclusions of the text are based. The notes occupy a rather large proportion of the book, because I wished to spare my audience, as far as possible, the discussion of technical details. I have not thought it necessary to recast the form of the lectures. The personal style of address, naturally employed by a lecturer to his audience, is retained in addressing the larger audience to which I now appeal. The objects which I have aimed at in the lectures are sufficiently explained at the beginning and end of the lectures themselves, and need not be further enlarged on here. In many ways the lectures would no doubt have been improved, if I had been able to make use of Mr. Stevenson's long-expected edition of Asser. On the other hand there may be advantages in the fact that Mr. Stevenson and myself have worked in perfect independence of one another.