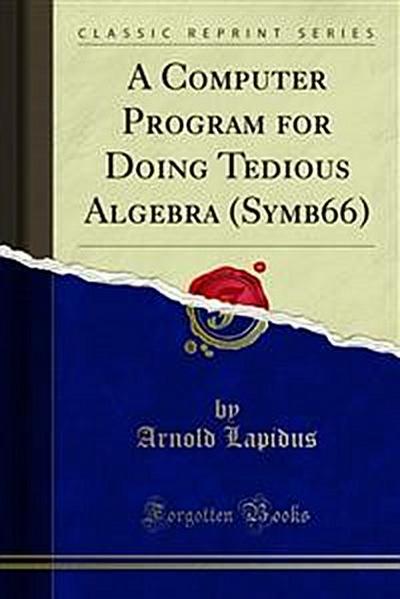 In a previous paper [i], we reported on a simple experimental algebraic manipulator which consisted of a set of subroutines for doing elementary algebra with expressions which were essentially polynomials. The information gained from experience with that system,and from reports of other workers in the field led us to design an enlarged system which would include arbitrary functions of one variable and differentiation capabilities as well as a more problem-oriented appearance. The original program (symbolang) was rewritten using a revised internal representation of expressions. The new package forms the basis for the current system, called symb66. These routines still use a subset of the list processor slip, operate primarily on Fortran — like expressions, and allow various forms of symbolic algebraic manipulation. Superimposed on these routines is a pre processor, so that a non-expert problem oriented user might not have to be concerned with the internal machina tions of the list processor. This allows the use of a more natural problem description.