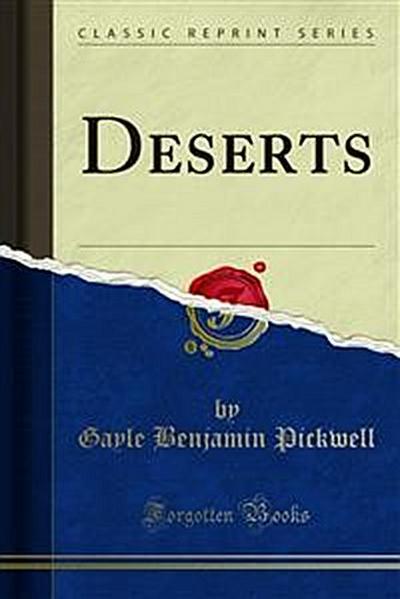 Deserts contains sixty — four full — page illustrations devoted to describing deserts, showing the mountains which cause them, the sand dunes, the desert pavement, and other conditions of the deserts; unsuspected deserts; and the life upon them. Among the illustrations of the plants of the true deserts there are photographs of those ephemeral blossoms, such as the Evening Primrose, which come forth following the infrequent rains, produce their seeds, and pass away in a few short days. There are illustrations of the trees and the 'forests of the deserts, such as the Joshua Tree, the Desert Ironwood, and the Palo Verde. There are photographs of those striking shrubs, the mesquite and Cat's — claw. In addition to the cactuses for which the deserts are most famed, there are illustrations of the animals, ranging from the Powder Post Beetle through the Centipede, Scorpion, Chuckwalla, and Side winder Rattlesnake to the Kangaroo Rat and Desert Antelope Ground Squirrel. With very few exceptions the photographs were taken in the desert. The animals were alive and active, often too active, when the pictures were made.