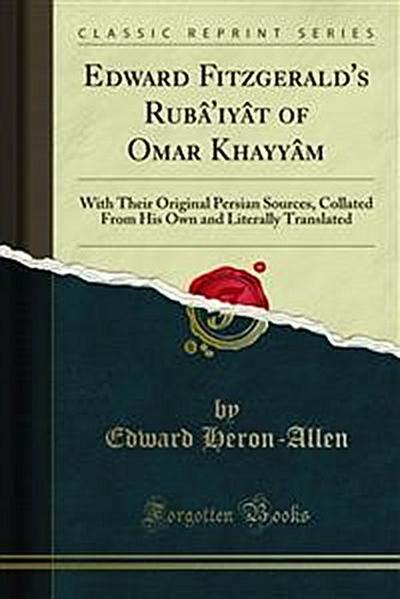 The inﬂuence of the Ouseley ms. Upon the poem forms the subject of the volume to which I have referred, and, save in so far as it recurs in the parallels which give excuse for the present work, may be dismissed, but the doubts which have sprung up as to the extent to which Edward fitzgerald took, as his editor, Mr. Aldis Wright, says, great liberties with the original, have arisen in consequence of the vicissitudes which have befallen the rest of the material from which the poet worked during the construction of his first edition. We have seen from Professor Cowell's letters to me (loc. Cit., p. Xxxiii) that he made a copy of the Ouseley ms. For Edward fitzgerald just before he went to India in August, 1856. In another letter he says: I got a copy made for him from the one ms. In the Bengal Asiatic Society's Library at Calcutta soon after I arrived in November, 1856. It reached fitzgerald June 14th.