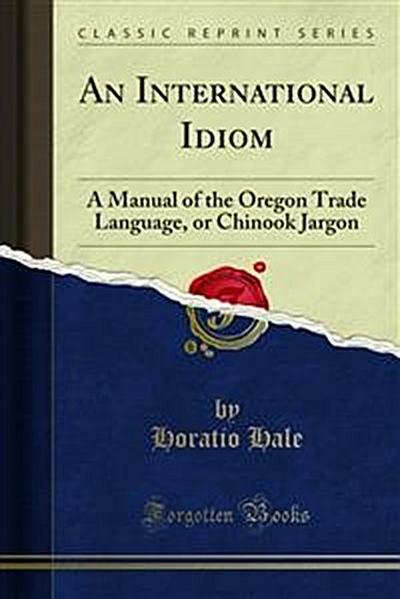 The formation of these new languages deserves to attract the attention of linguists; and it will be fortunate if the example given by Mr. Hale should arouse their interest on this point. That eminent anthropologist has found in Oregon and north of that country a sort of lingua franca, which, born at first of the meces sities of commerce, is today employed almost solely by many indi viduals. This idiom has already its vocabulary, its rules, its grammar. The elements composing it are borrowed from four languages — two American (n ootka and Chinook) and two European (french and English). A certain number of words have been formed by onomatopoeia and the language admits the formation of compound words to supply the deficiencies of its vocabulary.