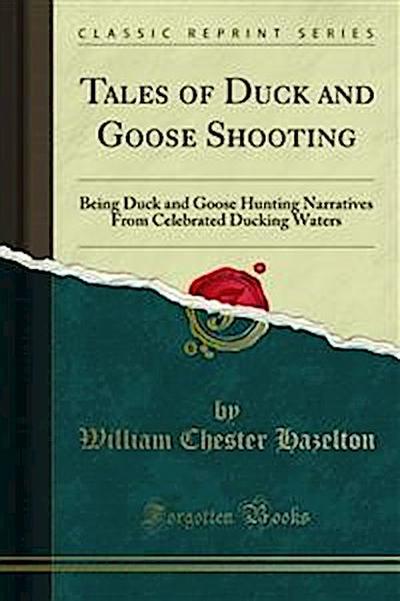 Tales of Duck and Goose Shooting

It appears but natural that a utility point of view in regard to wild-fowl should have been taken by the early settlers of the country. To a considerable extent they were dependent on wild birds and mammals for their food. If one was to have Thanksgiving turkey, for instance, he must needs go to the woods and shoot it. An old cook-book begins its receipt for making Welch rarebit with the injunction "First catch your hare." No doubt that was a very pertinent and sober remark at the time of which we write. Under such primitive conditions it is likely that nearly anything was grist which could be ground. The pioneer doubtless shot and ate in times of need, and these were many, a great number of birds which no shooter would today consider legitimate game. It requires imagination for us to realize that at one period there were times when, even in our now densely populated districts, dry powder and straight shooting were all that stood between life and starvation; yet such was undoubtedly the case. Hence it behooved these people to know what could be eaten and what could not.How greatly all this has changed! Obviously a great change was bound to come with the civilizing of the country, the diminution of game owing to its destruction for the table, and the extensive raising of poultry, with the consequent decrease in importance of game birds as food. Those conditions might perhaps account for the changed status of the game bird from an important article of food to an object of sport. But could it account for the general interest manifested among sportsmen today in game birds as to some extent our fellow creatures, full of kindred human interest? I think not.