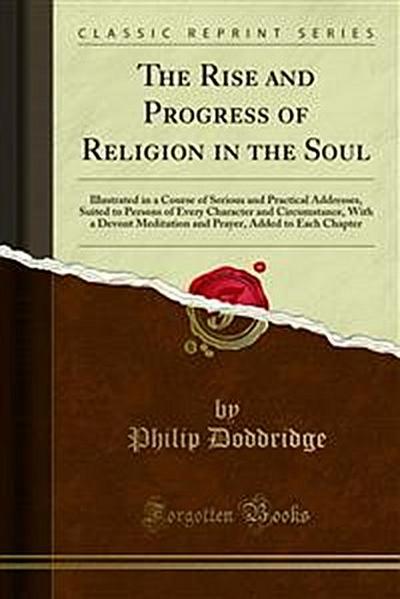 The Rise and Progress of Religion in the Soul

The several hints given in the first chapter of this Treatise, which contains a particular plan of the design, render it unnecessary to introduce it with a long preface. My much-honoured friend, Dr. Watts, had laid the scheme, especially of the former part. But as those indispositions, with which (to the unspeakable grief of the churches) God has been pleased to exercise him, had forbid his hopes of being able to add this to his many labours of love to immortal souls, he was pleased, in a very affectionate and importunate manner, to urge me to undertake it. And I bless God, with my whole heart, not only that he hath carried me through this delightful task, (for such indeed I have found it,) but also that he hath spared that worthy and amiable person to see it accomplished, and given him strength and spirit to review so considerable a part of it. His approbation, expressed in stronger terms than modesty will permit me to repeat, encourages me to hope that it is executed in such a manner as may by the divine blessing, render it of some general service. And I the rather hope it will be so, as it now comes abroad into the world, not only with my own prayers and his, but also with those of many other pious friends, which I have been particularly careful to engage for its success.