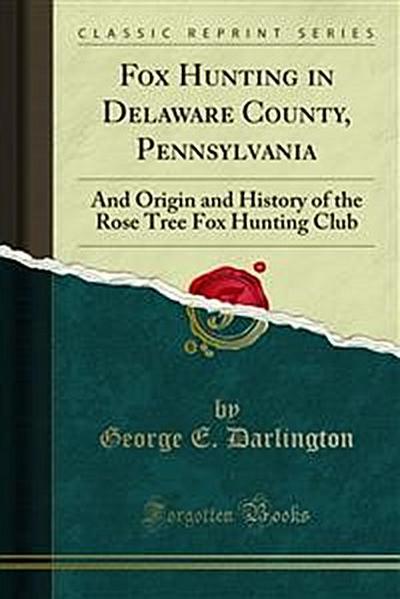 If any there are interested in fox hunting who have the idea that it is a sport of comparatively recent origin in this country, it is well to disabuse their minds of this great error, for it is well authenticated by history that the English and French people who first became settlers in America brought the love of this sport with them from Great Britain and France, where it had been the pastime of English, Irish, and French gentlemen from very early ages. Many of the bravest and most daring of the officers of the Continental army during the American Revolution had been trained in horsemanship and courage by fox hunting. The Quaker settlers of Pennsylvania, no doubt, had a prejudice against it in the earlier days, but the farmers among them soon learned to look upon the sport with a friendly submission, as it was taken up by those in the commonwealth who were disposed to follow the hounds, and at an early date there were quite a few of these.