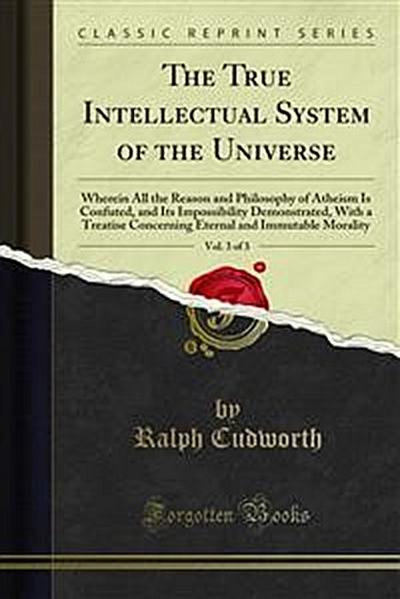 The True Intellectual System of the Universe

We come now to the second head proposed, of miracles and effects supernatural. That there hath been something miraculous or above nature, sometimes done even among the Pagans (whether by good or evil spirits), appears not only from their own records, but also from the scripture itself. And it is well known, that they pretended (besides oracles) to miracles also, even after the times of Christianity; and that not only in Apollonius Tyanæus and Apuleius, but also in the Roman emperors themselves, as Vespasian and Adrian, but especially in the temple of Æsculapius; thus much appearing from that Greek table therein hung up at Rome, in which, amongst other things, this is recorded: "That a blind man being commanded by the oracle to kneel before the altar, and then passing from the right side thereof to the left, to lay five fingers upon the altar, and afterward lifting up his hand, to touch his eyes therewith; all this being done accordingly, he recovered his sight, the people all applauding; that great miracles were done under the emperor Antoninus," &c. But we have in the scripture an account of miracles, both greater in number, and of a higher nature; done especially by Moses, and our Saviour Christ and his apostles.