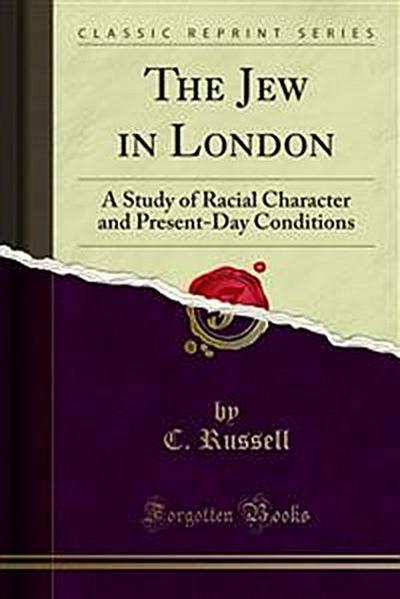 The Jew in London

The Jewish nationality is so unique a phenomenon in the history of the world, by its antiquity and by its cohesiveness, as to be one of the most interesting subjects of investigation to which an inquirer can address himself. It is certainly not less so now than it was in the past, because within the last hundred years it has entered on a new phase, in which its power has been better shown and in which also its existence has begun to be more seriously threatened than was ever the case before.