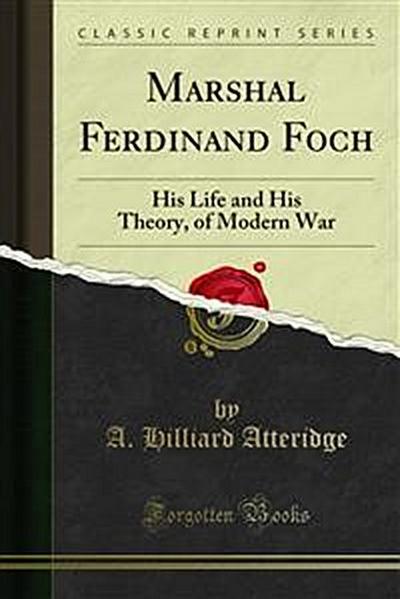 Ferdinand Foch, Marshal of France and Commander-in-Chief of the Allied Armies, is one of the soldiers who have won a lasting place in the annals of war in the world wide conflict of our time. Few among the war leaders have achieved such eminent distinction. In this clash of armed nations, with armies of millions in the field, it has been exceptionally difficult for any man to win for himself world wide recognition as a master of war, a recognition accepted not only by his own people but by their Allies, not only by those he has led to victory but by those against whom he fought.During the long war, hundreds of good soldiers have found themselves in high command as leaders of army groups, armies and army corps in the various theatres of war. In the stern test of war under new and peculiarly exacting conditions, some have lost the reputation acquired in earlier days. A large number of generals on both sides have shown themselves thoroughly competent and resourceful leaders of men.