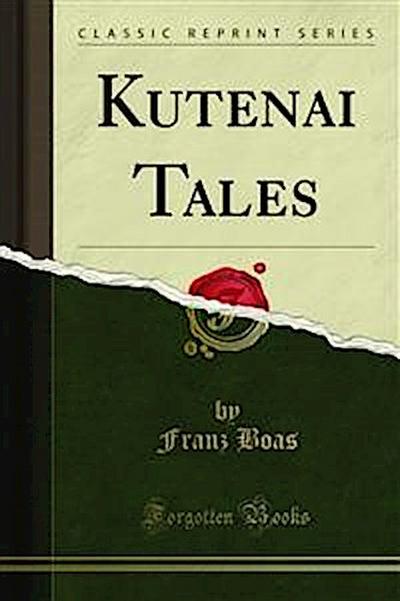 Among the texts collected by me, one was told by Pierre Andrew, a man about 33 years of age, who has a good command of English. He is not able, however, to interpret with any considerable degree of accuracy the grammatical forms of Kutenai, so that his own translation is always a' rather free rendering of the Indian sentences. Two tales were told by Pierre Numa, an older man, who, however, spoke so rapidly that the tales had to be redictated by Pierre Andrew, who served as interpreter. Three other tales were told in the same way by Mission Joe, a man about 60 years old, whose dictation was repeated by Felix Andrew, a young man who speaks English very well, but whose ability to interpret the Indian texts word by word was even less than that of Pierre Andrew. One tale was told by Felix Andrew himself and was recorded by Mr. Robert T. Aitken. The rest of the stories were told by Barnaby, a man about 60 years of age, who, after very short practice, learned to speak slowly and distinctly, and whose dictation was perfectly satisfactory. All these tales were recorded without translation; and the translation was made later on, in part with the assistance of Pierre Andrew, in part with that of Felix Andrew. All my informants were Upper Kutenai, and the revision of Chamberlain's tales was also made by Upper Kutenai; so that the dialectic forms of the Lower Kutenai have probably disappeared. It is interesting to note that Barnaby refused to tell the Mosquito story (p. Because, as he said, it was proper for children, not for adults. I wish to express my sincere thanks for much kindly assistance rendered to me in the course of my work by Rev. F. E. Lambot, O. M. I., and the Sisters in charge of the Government School of St.