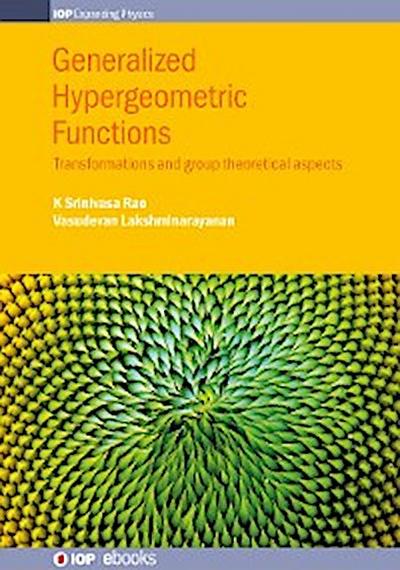 In 1813, Gauss first outlined his studies of the hypergeometric series, which has been of great significance in the mathematical modelling of physical phenomena. This detailed monograph outlines the fundamental relationships between the hypergeometric function and special functions. In nine comprehensive chapters, Rao and Lakshminarayanan present a unified approach to the study of special functions of mathematics using group theory. This book offers fresh insight into various aspects of special functions and their relationship, utilizing transformations and group theory and their applications. It will lay the foundation for deeper understanding for both experienced researchers and novice students.

Chapter 3: Group Theory of the Kummer solutions of the Gauss differential equation