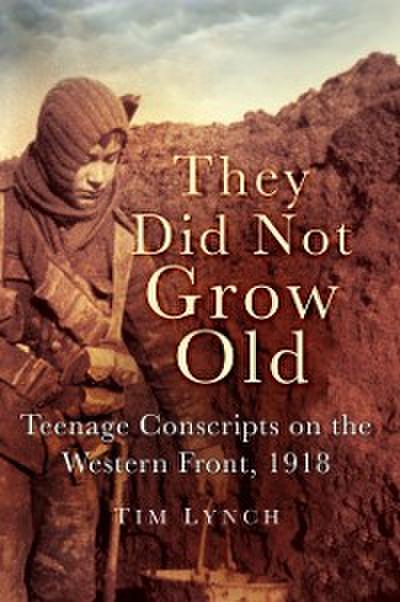 They Did Not Grow Old

In June 1918, 135 teenagers arrived in France as part of the thousands sent to reinforce the British Expeditionary Force on the Western Front. The German Spring offensive had failed, but it was far from over. The coming months would see some of the fiercest, bloodiest, yet least remembered fighting of the war as these young men fi nally broke the trench stalemate and forced the enemy into retreat. During this time, one in four of these teenaged soldiers would be killed and over half of them wounded. Looking beyond the war as portrayed by poets and playwrights, Tim Lynch tells the story of Britain’s true Unknown Soldiers – the teenage conscripts who won the war only to be forgotten by history. These were not the naïve recruits of 1914 who believed it would all be over by Christmas, but young men who had grown up in wartime – men who knew about the trenches, the gas and the industrialised slaughter, but who, when their time came, answered their country’s call anyway. For the first time, following the experiences of a typical reinforcement draft, this book explores what turned men so often dismissed as ‘shirkers’ into a motivated, efficient and professional army, but it also reminds us that in the cemeteries of France and Flanders, behind every headstone is a personal story.