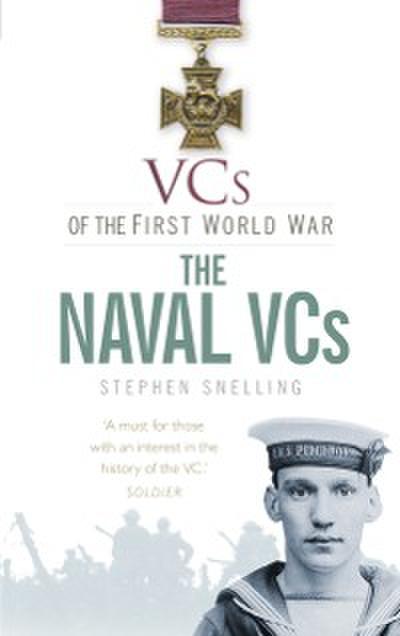 VCs of the First World War: The Naval VCs

Here is a complete record of almost fifty men who won the Victoria Cross while serving in the Royal Navy during the First World War. They include the conflict’s youngest and oldest winners in operations ranging from the Atlantic to the coast of Africa, from the Straits of Otranto to the rivers of Mesopotamia. These awards were won in all manner of fighting ships, from disguised schooner to light cruiser, motor launch to submarine, and river steamer to battle cruiser. Following the established series style, The Naval VCs charts the lives and careers of the recipients and presents graphic accounts of the VC actions based on original material, much of it from eyewitness sources.