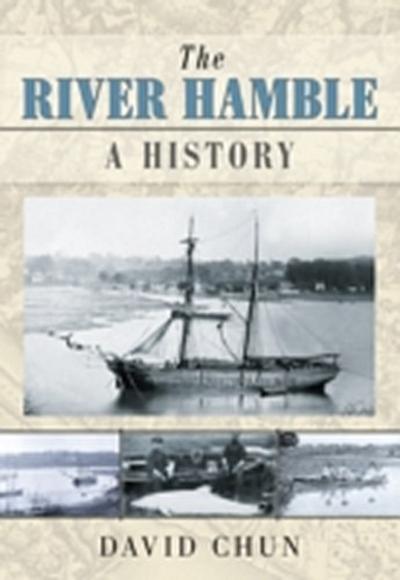 The Hamble rises at Bishop’s Waltham in Hampshire and flows into Southampton Water. It is a relatively small river but it has an interesting and varied history. Above Botley, the Hamble powered a number of mills, and in the 17th century plans to make that section navigable were contemplated. The tidal river below Botley has served as an important local conduit for the carriage of goods and commodities, particularly timber, underwood and fl our, and a number of industries, including fishing and salt production, have flourished on its banks over the centuries. King Henry V’s fleet was stationed on the river and in the 18th and 19th centuries it was an important location for naval shipbuilding, not least because of the ample supplies of timber to be found in the valley. One of Nelson’s flagships, HMS Elephant, was built there in the 1800s. The proximity of Southampton and Portsmouth meant the river was militarily important during the Second World War as well as in earlier conflicts. It also boasts a number of literary associations, particularly that of William Cobbett, who lived and farmed at Botley for a number of years at the beginning of the 19th century. The river has been a popular centre for yachting for over 100 years and there are a number of boatyards and marinas along its lower reaches today. However, despite this and other commercial development, the river is still prized for its natural beauty, and large sections are protected for their ecological and conservation value. Drawing on printed and archival sources, and with a wealth of illustrations, this book traces the river from its source to the sea.