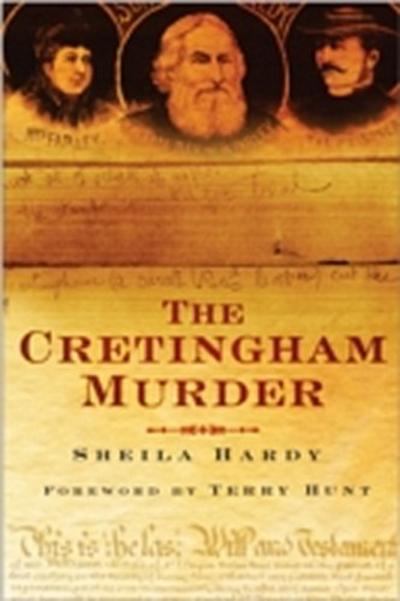 The story of the Cretingham murder
During renovation work on a hunting lodge near Aldeburgh, Suffolk, in 1996 a carpenter uncovered a plank of wood revealing a chilling pencilled message: ‘A fearful murder was committed the first day of this month (October 1887) at Cretingham. A curate cut the vicar's throat at 12 o’clock at night.’ The discovery brought to light a long lost piece of Suffolk history and with it an intriguing murder mystery. From this strange beginning Sheila Hardy set out to discover the truth of this claim. Using contemporary newspaper reports and court documents, she uncovers the events that led up to the fateful night of 1 October 1887, the following press intrusion in sleepy Cretingham — which became the focus of the country’s media for ten days, and the subsequent trial. It is a tale of religion and influence, politics and social power, mystery and intrigue, and is sure to appeal to all those interested in the shady side of Suffolk’s history.