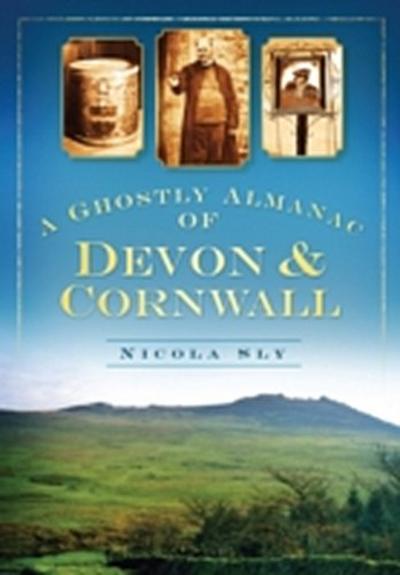 A Ghostly Almanac of Devon & Cornwall

Spooky tales from around the South West

A Ghostly Almanac of Devon & Cornwall is a month-by-month catalogue of reported spectral sightings and paranormal phenomena from around the South West of England. Contained within the pages of this book are strange tales of restless spirits appearing in streets, buildings and churchyards across the region, including a haunted German U-Boat wrecked off Padstow during the First World War; the 'Grey Lady' at the Royal Devon and Exeter Hospital, so-named because of her grey nurse's uniform; the ghost of a Dartmoor Prison inmate seen herding sheep in the prison grounds and out on the moor itself; a shade with a penchant for horror films at Plymouth's Reel Cinema; and the infamous 'Hairy Hands of Dartmoor', which forces drivers off the road. Richly illustrated with 100 photographs and postcards, this chilling collection of stories will appeal to everyone with an interest in the West Country's haunted heritage, and is guaranteed to make your blood run cold.