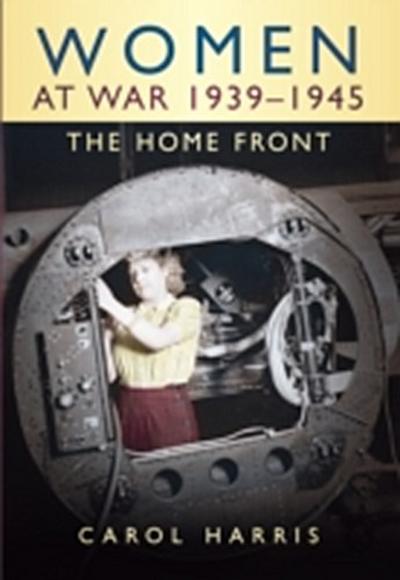 Carol Harris commemorates the vital but often overlooked part that women played in winning the Second World War and shaping our lives today.
Long before the outbreak of the Second World War, official calculations showed Britain would be short of the manpower needed to fight the enemy and keep up production of weapons, food and other essentials. It was hoped that women volunteers would full the gaps and so they volunteered as workers in Civil Defence, the Women's Land Army, munitions factories and non-combatant roles in the Forces. But by 1941, the Government had to face facts: any effective response would have to involve conscription of British women. All females between the ages of fourteen and sixty-four were registered and soon the vast majority had work to do. They collected tons of salvage, knitted and sewed, and raised money for warships and weapons. Women ran fire stations and drove makeshift ambulances while cities burned and enemy bombs exploded around them. They kept their families going, often as single parents while their husbands were away for years in the armed forces. By the end of the war, some of the most experienced rat-catchers in the country were female; others were accomplished engineers, carters, rail workers and bargees. When it was over, these wartime roles were not commemorated in films and books. There has been little official acknowledgement of the enormous and crucial contribution those British women made to the lives we live now. Many are getting on in years and their precious first-hand memories will go with them. Their stories are worth telling now for that alone. But they are also tales of love, death, sacrifice and romance, of humour and horror, and of an extraordinary time, when ordinary women did extraordinary things.