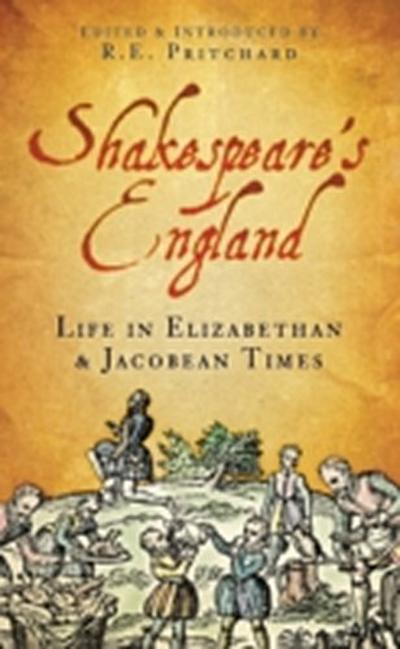 The history of Shakespeare's England
This is an intriguing and fascinating collection of excerpts from some of the best, wittiest and most unusual sixteenth and seventeenth century writing. Shakespeare's England brings to life the variety, the energy and the harsh reality of England at this time. Providing a fascinating picture of the age, it includes extracts from a wide range of writing, taken from books, plays, poems, letters, diaries and pamphlets by and about Shakespeare's contemporaries. These include William Harrison and Fynes Moryson (providing descriptions of England), Nicholas Breton (on country life), Isabella Whitney and Thomas Dekker (on London life), Nashe (on struggling women writers), Stubbes (with a Puritan view of Elizabethan enjoyments), Harsnet and Burton (on witches and spirits), John Donne (meditations on prayer and death), King James I (on tobacco) and Shakespeare himself.