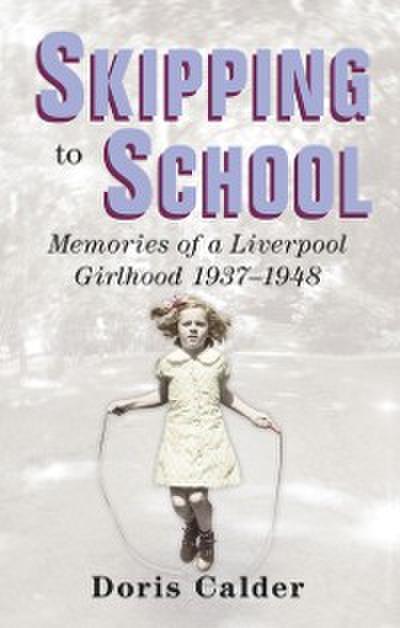 Skipping to School is the true story of a childhood spent during the Second World War. It recalls the fabric of everyday life on the home front and the impact of war, which brought people together for a common purpose. As war is declared, Doris’s father (having lost a leg in the Great War) signs up to serve in Air Raid Precautions. His friends die in the Thetis submarine tragedy in Liverpool Bay. One of his brothers becomes a prisoner of war of the Japanese. On the home front, Doris and her friends learned slogans such as ‘Make Do and Mend’, ‘Dig for Victory’ and ‘Careless Talk Costs Lives’. They collected shell caps from bombs and did swaps for better, shinier ones. They made skipping ropes out of the twisted silk cords of German parachutes. They were excited by the arrival of American soldiers stationed on Aintree Racecourse. And, despite the raids, they laughed and had fun.