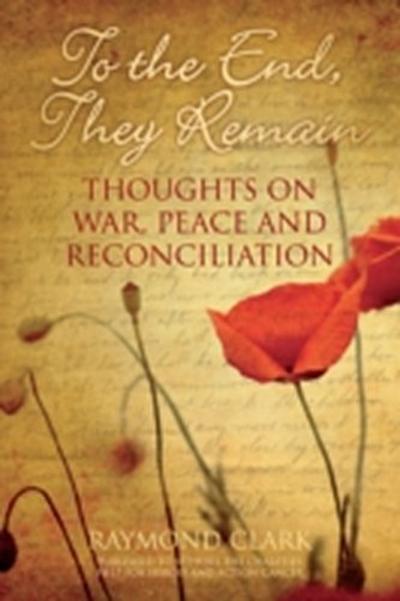 To the End, They Remain

Ray Clark had a simple idea: send a postcard – the same postcard - depicting a memorial to war dead to those who might share their thoughts with others on loss, remembrance, war and peace. The response was remarkable. Men and women from all walks of life, from the Cabinet, the House of Lords and the senior ranks of the British Army to ex-servicemen, military historians, journalists and war widows, felt moved to express their feelings in a few words on that postcard. This book will sadden, provoke and inspire. The royalties will all go to Help for Heroes, the well-known charity working for the wounded of the British Armed forces, and Action Cancer.