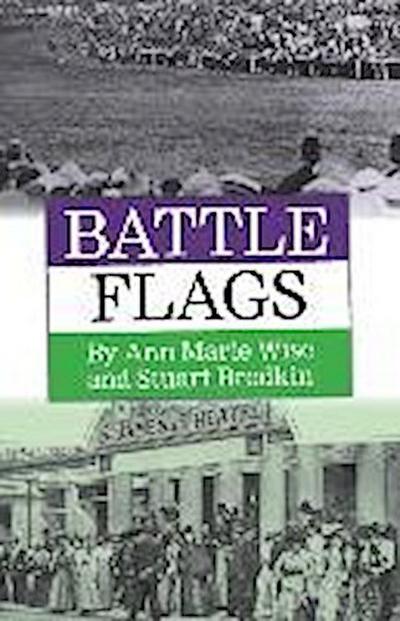 BATTLE FLAGS, the story that spans two centuries, is a gripping tale of love and lust, cruelty and happiness, graft and greed.
It takes the reader on a rollercoaster ride from Ireland to England and back again. And as befits a novel with a horseracing thread there's an amazing twist in the tail!
There's an epic cast of characters including Emily Davison, the Suffragette who lost her life after she ran out on to the track at Epsom and was struck by the king's horse during the 1913 Epsom Derby, the most controversial race in history, and the Druid's Lodge Confederacy, a five-man team of ruthless and driven businessmen who engineered countless betting coups that took thousands and thousands of pounds from the bookmakers.
You will also meet the real heroine of the story, Beth Brady, whose alcoholic father Jack dies from a heart attack at the age of 42 and whose marriage to bookmaker Fred Taylor brings her nothing but a series of savage beatings.
Beth's fractured marriage leads her into the arms of Emily on one astonishing night, before she finds her true romance with handsome Irish racehorse trainer Declan Reilly, whom she has loved since she was 15.
There are bit-part players too - Mabel, Constance and Lucy, the Gaiety Girls who have to fend off the attentions of a legion of Stage Door Johnnies, Beth's mother Mary who marries for a second time to Frank Merryfield, a lazy drifter who cannot keep his hands off his step-daughter and countless other young girls who hang on his every word.