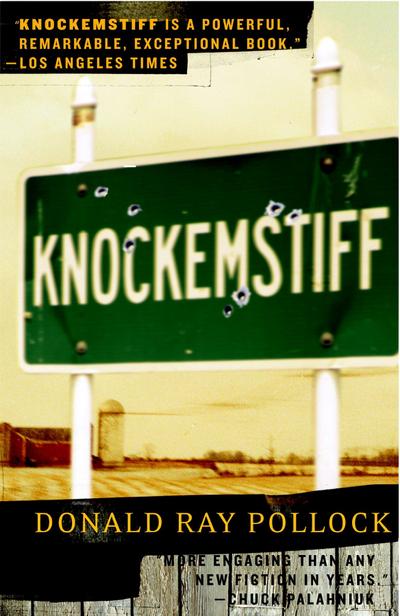 Donald Ray Pollock, recipient of the 2009 PEN/Bingham Fellowship, made his literary debut in 2008 with the critically acclaimed story collection, Knockemstiff. He worked as a laborer at the Mead Paper Mill in Chillicothe, Ohio, from 1973 to 2005. He holds an MFA from Ohio State University. His work has appeared in, among other publications, Epoch, Granta, and the New York Times.
"More engaging than any new fiction in years." -Chuck Palahniuk
An unforgettable work of fiction that peers into the soul of a tough Midwestern American town to reveal the sad, stunted but resilient lives of its residents. Knockemstiff is a genuine entry into the literature of place.