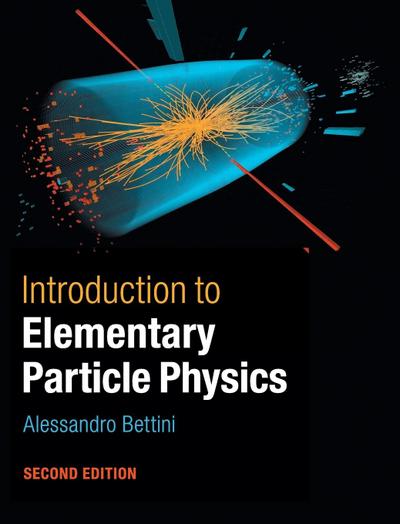 Bettini, AlessandroAlessandro Bettini is Emeritus Professor of Physics at the University of Padua, Italy, where he has been teaching experimental, general and particle physics for forty years. An experimentalist in subnuclear physics for the Italian National Institute for Nuclear Physics (INFN), he is presently the Director of the Canfranc Underground Laboratory in Spain.
Provides fully updated coverage of undergraduate particle physics, including the Higgs boson discovery, with an emphasis on physics over mathematics. Fully updated coverage of the basic elements of particle physics for undergraduates, including the Higgs boson discovery and other recent developments. Physics is emphasised rather than mathematical rigour and coverage of important experiments shows students how ideas developed. Over 250 problems, with solutions online, encourage students to apply the theory.
Preface to the first edition; Preface to the second edition; 1. Preliminary notions; 2. Nucleons, leptons and mesons; 3. Symmetries; 4. Hadrons; 5. Quantum electrodynamics; 6. Chromodynamics; 7. Weak interactions; 8. The neutral mesons oscillations and CP violation; 9. The standard model; 10. Neutrinos; 11. Epilogue; Appendixes; References; Index.
The second edition of this successful textbook is fully updated to include the discovery of the Higgs boson and other recent developments, providing undergraduate students with complete coverage of the basic elements of the standard model of particle physics for the first time. Physics is emphasised over mathematical rigour, making the material accessible to students with no previous knowledge of elementary particles. Important experiments and the theory linked to them are highlighted, helping students appreciate how key ideas were developed. The chapter on neutrino physics has been completely revised, and the final chapter summarises the limits of the standard model and introduces students to what lies beyond. Over 250 problems, including sixty that are new to this edition, encourage students to apply the theory themselves. Partial solutions to selected problems appear in the book, with full solutions and slides of all figures available at cambridge.org/9781107050402.